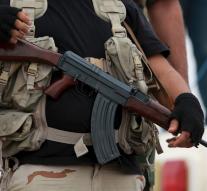 - The internationally recognized Libya's parliament approved the proposal of the United Nations to form a unity government Monday rejected . The parliament , seated in the east of the country , wants to continue with the UN-sponsored peace talks with the rival government in the capital Tripoli . The UN had proposed a unity government to end the war in the North African country , accompanied by six potential candidates for key positions.

The European Union had called on Libya last week to agree to the UN proposal. The European Commission has 100 million ready to support Libya : humanitarian and thereby including migration from Libya to fight to Europe.

The Netherlands also wants to help Libya, especially in the area of ​​women's rights, state-building and clearing caches.