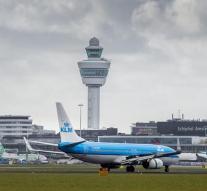 - There still are fewer fatal accidents involving small aircraft and private aircraft. This is partly due to the rise of apps. Pilots therefore know for example, get better with what kind of weather to make them. Through better technology aircraft are easier to control.

In the past three years, there were an average of 180 fatalities per year with such aircraft. That's 18 percent less than in previous years, according to figures from the International Association AOPA plane.