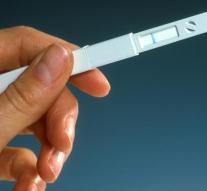 - Four American lesbians have sued the US state of New Jersey to get adjusted to the definition of infertility.

Currently, a woman in the state only legally infertile if she is not pregnant become unprotected sex with a man after a year. Because of this, women under the law are not entitled to compensation for expensive fertility treatments by their insurer.

The issue seems to be the latest front in the struggle for equal rights for gays, lesbians and transgenders. So far, only two states- California and Maryland- modified their legislation on infertility to allow for same-sex couples. In as many as 35 states, insurers are anyway not obliged to reimburse fertility treatments.


A spokesman for the state government did not respond to the lawsuit. Insurer Horizon Blue Cross Blue Shield, where all four women were assured, seems to be sympathetic to the demands of the women. A company spokesman stressed that the treatment of one of the women eventually reimbursed, although the woman was unable to conceive.,, Horizon is committed to equality, appreciates our lhbtq members and has an eye for the unique challenges they be healthcare. ''