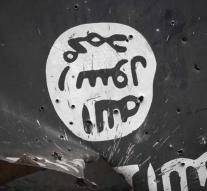 kabul - The Afghan authorities say that the head of Islamic State in the country has been killed. Abu Saad Erhabi was killed in an attack on shelters of the terrorist organization in the province of Nangarhar, which borders on Pakistan.

The Afghan intelligence service NDS reports that in addition to Erhabi, ten other IS members would also have died in a military operation. There, both Afghan and foreign troops were involved. They would have destroyed a large amount of weapons and ammunition of the jihadists. The NATO mission in the country has not yet responded.

The Afghan branch of IS has been active in the conflict-torn country since 2015. The jihadists are fighting both against the Taliban and against government troops. The American forces have previously estimated that the terror organization in Afghanistan has about 2000 fighters.