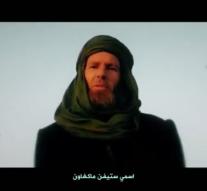 stockholm - The South African who was kidnapped in Mali in 2011 with the Dutchman Sjaak Rijke is again free. The South African Minister of Foreign Affairs Maite Nkoana-Mashabane announced Thursday that Stephen McGowan is safe at home.

The three victims of this abduction are all right now. In June, al-Qaeda in Mali left the Swedish hostage Johan Gustafsson (42). By 2015, Rijke was found by chance and liberated during an action by French soldiers.

The men were robbed and kidnapped in a restaurant in Timbuktu by jihadists. Rich woman knew how to hide, a German tourist was shot when he resigned. According to the South African minister, no ransom is paid for McGowan.