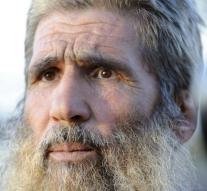 - The anti-terrorist unit of the French police are engaged in a major operation in Artigat, home to jihadists leader Olivier Corel.

That report French media. There were dozens of officers in armored vehicles are involved in the scheme and two police helicopters circling over the southern French town.

According to Le Figaro, it is still unclear whether arrests. However, Corel's house would be searched. It is not clear what the immediate reason for the surgery is because Corel is not yet associated with the attacks in Paris.

Corel founded late eighties in a village in the south of the country a kind of community that produced extremists such as Mohammed Merah. Merah killed in March 2012 terrorist attacks and robbed seven people's lives. Merah was then slain by police.