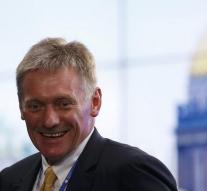 moscow - Moscow hopes after the British referendum on membership of the EU that relations with London are better.,, We have a heavy burden of difficult relations with Britain and we hope that in the new reality, the sense will prevail that good relations with us are necessary, '' said government spokesman Dmitry Peskov Friday.