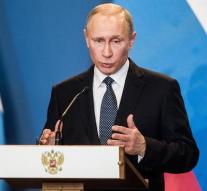 The contested decision took place during an interview with Donald Trump as the interviewer of the American president wanted to know where it comes from respect for his Russian colleague.

' We find it unacceptable and offensive and would like to receive apologies from such a respected TV company '' responded a spokesman for the Kremlin Monday.