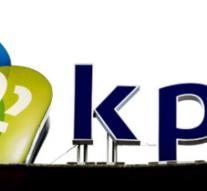 - KPN's Internet outage which the company since Saturday 08.00 it faced, rectified in the afternoon.,, The error was corrected in the systems of KPN. We see also grow again the Internet. I can not exclude that individual customers have problems '', reported a spokesman little after 14:30.

About the cause of the malfunction, the spokesman could report only that it was a,, technically complex problem. '

Or KPN customers will offer some form of compensation is not yet known.,, We still look at. ''


Several operators have reported Saturday on Twitter that customers can not pins. There are retailers who report that they can not be called. How many entrepreneurs are in total, can the telecom company and the trade association MKB Netherlands not say.