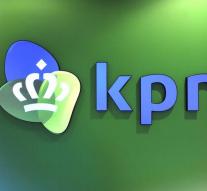 - KPN and XS4ALL have the Personal Authority received a slap on the wrist for the way they handled check data from their customers for digital television.

They asked permission from customer ratings in the television viewing habits to include market research, while those details were still traceable. Both KPN and XS4ALL now have their systems and the information updated in their privacy statements.

The supervisor came during research behind both companies did not provide clear information about the data they gathered on the viewing habits of their customers. It also appeared that the viewing figures that were provided to other parties were not completely anonymous, since KPN still had the original personal data in their own systems. All this was contrary to the law, according to the regulator.