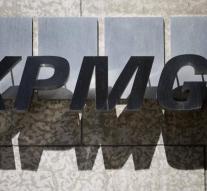 - The British Public Prosecutor's Office launched an investigation into KPMG. The accountant gave approvals about the accounting of engineer Rolls-Royce, while it was harassed by fraud cases.

It is about research for the period 2010-2013. KPMG says the research is to be seen with confidence.

As a result of the fraud case, Rolls-Royce converted $ 680 million last year to US and UK authorities.

The official investigation is the next hit for the Big Four among the accountants and financial services providers.

The argued case followed the resignation of six people at KPMG, including the head of his US audit department. KPMG has been the accountant of Rolls-Royce since 1990. Next year, the group will be replaced by PwC.

In 2013, KPMG pointed out to Rolls-Royce shareholders that bribery could be a risk. The judge later ruled that the accountant had not provided sufficient material to assist shareholders.