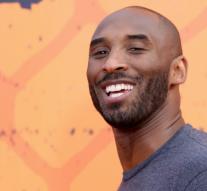 Bryant Stibel, with $ 100 million in cash, invests more in technology, data and media companies. The two invested since 2013 already in some 15 companies, including sports media site The Players Tribune and video game designer Scopely, but have formalized their collaboration only since the retirement of Bryant basketball.

Bryant put on April 14, after twenty years and five championships, end his career. The two-time Olympic champion, nicknamed 'Black Mamba' had led the Los Angeles Lakers in his last game with sixty points along Utah Jazz.