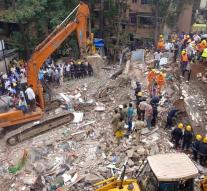 mumbai - At least four people were killed when a four-story building collapsed on Tuesday in the Indian city of Mumbai. The authorities fear many more victims, as at least thirty others are under the rubble.

Twelve people were saved from the rubble. On the ground floor of the property was a nursing home, which was rescued by rescuers. Several families lived on the upper floors.

The cause of the disaster has not yet been disclosed.