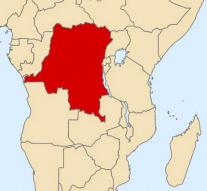 - Thousands of opposition supporters in the Central African Republic of Congo on Tuesday protesting against a referendum that President Denis Sassou Nguessi can keep in the saddle. When the riots between the protesters and police were four deaths.

The vote on October 25 should permit a constitutional reform. Which seeks to repeal the limitation of two terms for president and the age of seventy.

Protesters target according to eyewitnesses barricades in the streets of capital Brazzaville and set tires on fire.

Riot police fired tear gas and warning shots to break up the protest. Monday night the government had banned a mass demonstration.