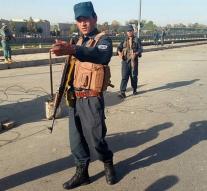 kabul - The Taliban have claimed responsibility for two bomb attacks Monday in the Afghan capital Kabul. When the explosions came under the Ministry of Defence 24 people dead and injured at more than ninety wounded.

The bombs exploded in quick succession in a busy part of the city, close to government buildings and a market. Afghan media reported earlier that the Defense Ministry was the target.

Taliban spokesman Zabiullah Mujahid tweeted that were slain in the attacks ten soldiers. The attacks still came less than two weeks after an attack on the American University in Kabul had fallen thirteen deaths.