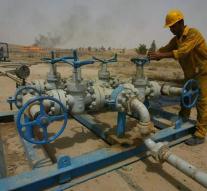 - Militants have stormed gasfaciliteit Sunday in northern Iraq, slain four employees and some explosives were placed before security forces.

At least four men armed with grenades attacked the gas compressor station in at about fifteen kilometers northwest of Kirkuk, killing two guards were seriously injured. Then they fired four employees in the control room death and placed explosives, five of which exploded, security sources said.

Anti-terrorism units knew them regain control over the building and set fifteen other employees who had hidden. It was not clear whether the attackers were slain or have fled.


There was no immediate claim of responsibility for the attack, but terrorist organization Islamic State has previously attacked oil facilities in the area with explosives.