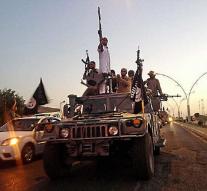 baghdad - At least five people have been killed Saturday by a suicide car bomb attack in northern Iraq. The region has lately scene of clashes between Kurdish and Shiite paramilitary troops, security sources said.

The attack in Tuz Khurmatu, about 175 kilometers north of Baghdad, is still unclaimed. The target was a police checkpoint at the entrance of a market. The explosion also were nineteen people injured, many of whom are in critical condition. At least two victims were police.