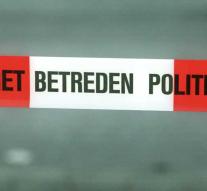 pretoria - At least two people were killed in a train accident in South Africa. Also according to the emergency services dozens of people were injured when two trains collided in Pretoria.

The accident occurred at Mountain View train station, says a spokeswoman for transport company Metrorail according to News24. She stated that the emergency services are taking care of the victims. Nothing has yet been published about the cause of the accident.