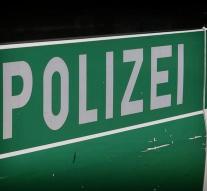 marburg - By shooting on Thursday two people in a medical practice in the German Marburg died. It is according to the German judiciary to two medics.

The incident was in a doctor's office near the station of the city in the state of Hesse. Police have blocked the area and evacuated the station.

It is not clear what exactly happened. German media citing a police spokesman who speaks of a 'threat' that could have serious consequences.