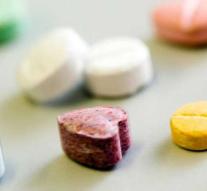 hanoi - After a music festival in the Vietnamese capital Hanoi, seven people probably died from an overdose of drugs. Five people are in a coma.

Approximately 5000 people attended the Autumn Music Festival in a park in the north of the city on Sunday evening. Emergency services and police came into action after first two visitors with cardiac arrest ended up in the hospital.

Many visitors to the festival were treated for complaints, but seven people died quickly, reported local media. The police have investigated and seized drugs. No announcements have been made about what kind of drugs are involved.