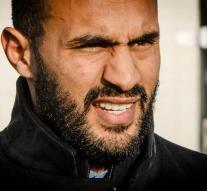 marrakech - According to the Moroccan media Saturday in Casablanca arrested kickboxer Badr Hari is free on bail. The media reported that the Moroccan-Dutch boxer Monday was set free. He must justify Tuesday before the court in Marrakech.

He is accused in a nightclub and disco in a large hotel in Marrakech to have assaulted a staff member. The victim would consequently approximately three weeks have been unable to work. Family Badr Hari and victims' families negotiate according to Moroccan media on how the matter as possible between themselves and out of court can be arranged.

Badr Hari is a frequent visitor to Marrakech and notorious for its violence. Saturday he arrested when he was on the plane from Brussels arrived at the airport in Casablanca, over 200 kilometers north of Marrakesh. His arrest Thursday, May 12th has also been reported. He would be arrested when he was about to leave the plane, but that report was subsequently denied.