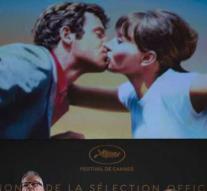 nairobi - The Kenyan film Rafiki (Friend), which will premiere worldwide next month during the Cannes Film Festival, is banned in Belgium because the story is about lesbian love. 'Rafiki tries to legitimize and normalize homosexuality', said Ezekiel Mutua, the head of the national film inspection service.

Mutua, who previously praised the role of the role, stressed on Friday that films should reflect and respect social values. 'We can not allow a film that gives the impression that homosexuality is acceptable in Kenya. '

In the African country, homosexuality is legally prohibited, as is in many other countries on the continent. Violation of the rules can mean up to 14 years in prison.

The Kenyan human rights committee for gays and lesbians had taken this decision into account, but was nevertheless disappointed. 'It is very sad that the Kenyan audience does not see this film in their own country', said spokeswoman Kari Mugo. She denounced Mutua and his associates as 'morality police. '

Rafiki is directed by Wanuri Kahiu and produced by the Dutch company Rinkel Film. Cinemien takes care of the distribution. Kahiu was also disillusioned. 'Especially because Kenyans already have the opportunity to watch films on this subject, on Netflix. International films have already been screened in Kenya with the permission of the inspection service itself. '