Home / World / Kenya will return to the polls on 17 October 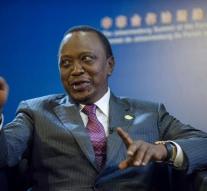 nairobi - The Kenyan voters will go to the ballot box on Tuesday, October 17 to elect a president. Sitting President Uhuru Kenyatta was re-elected in August, but the Supreme Court ruled that result for 'irregularities and illegal acts' by the electoral commission.

The court investigated the course of the elections after a protest of the reported 72-year-old Raila Odinga. The opposition candidate received equal rights from the Supreme Court, which qualified for the ballot box as 'unconstitutional'.

Kenyatta (55) made his decision. The criticized electoral commission has now established a new date.