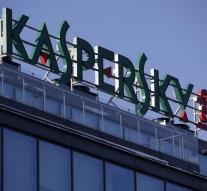 moscow - Cyber ​​Security Kaspersky Lab launched Kaspersky Free on Tuesday, on its twentieth birthday. This free antivirus program should increase the overall level of security on the Internet, says founder Eugene Kaspersky in a blog.

Kaspersky has worked for the program a year and a half. For this purpose, trial versions were published in different regions, including in Russia, Ukraine and Belarus, in China, Denmark, Norway, Sweden and Finland.

However, the 50 dollars that cost the paid version do not have everyone, Kaspersky said. Those people often install programs that contain more gaps than Swiss cheese, thus the founder of the cyber security guard, or use Windows Defender. 'An increase in Kaspersky Free's number of installations will positively affect the quality of all users' security, as the large databases will have more information for machine learning. ''

While Kaspersky hardly pointed out the free version of the trial regions, Kaspersky Free has been installed millions of times. This also gives the company a much larger market share, although that is not the goal, says Eugene Kaspersky.