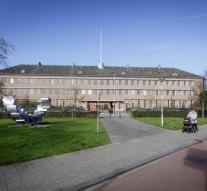 rotterdam - The controversial fertility doctor Jan Karbaat has also raised children with his own seed in his time at the Zuiderziekenhuis in Rotterdam. That's the announcement in the newspaper of Saturday based on own research.

From 1980 to 2009, Karbaat had his own IVF clinic in Barendrecht, where he inseminated women with his own seed. Nineteen people are known to be Karbaat's biological children. AD reports that at least three of these were born after insemination with donor seed in the Zuiderziekenhuis, where Karbat was a medical director for 15 years until the end of 1979.

Between 1973 and 1978, 659 women were hospitalized in the municipal hospital. Of these, 338 donor children were born, according to an article in the Dutch Journal of Medicine (1980). In addition, the donor seed of the IVF clinic has often been resold to Dutch hospitals and clinics, and even exported to abroad.