Home / World / Judge does not leave in Polanski case 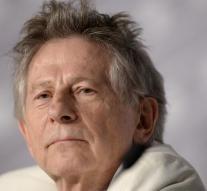 los angeles - A judge in Los Angeles has rejected a victim's request on Friday to restrain a dragging rape case against film director Roman Polanski.

Judge Scott Gordon determined that Polanski therefore remained a fugitive suspect. He also said he could not drop the case, 'just because it is best for the victim'.

Samantha Geimer, who was raped as a thirteen-year-old girl by Roman film director Roman Polanski, asked the judge to end the forty years of business. She has long forgiven the movie maker (Chinatown, The Pianist). In addition, she and her family suffer from the continued attention of the media.

Polanski (84) admitted that he had had sexual intercourse with Geimer in Los Angeles in 1977. He was in forearm for 42 days, but fled the country before his case occurred. Polanski feared that the judge would reject an agreement between him and the Public Prosecutor for a lighter charge in exchange for confession and impose a heavier penalty on him.

Since then, the director has fled; He stayed in Switzerland and Poland. Delivery requests were not honored.