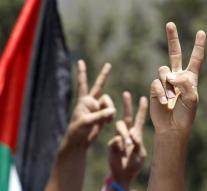 amman - Criminals can no longer go away in Jordan with their actions by marrying their victims. The article in the law that made this possible was voted by parliament, activists reported to Reuters on Tuesday. It is a week after Tunisia has also removed such a law.

Suad Abu-Dayyeh of Equality Now, it calls 'a historic victory and an important step towards punishing sexual violence.' According to the activists, such laws make women condemned to domestic and sexual violence for life.

Jordanian parliamentarian Wafa Bani Mustafa, who campaigned against the law article, says parents often agree to such marriages to 'restrict family shame.' 'No woman should be made a gift to her rapist,' said the politician.

Campaign against Lebanon is now being conducted against a similar law. On billboards women are in bloom wedding dresses with the caption 'marriage does not hide rape'.

Other countries that, according to Equality Now, are 'loyal to rapist', include Bahrain, Kuwait, Syria, Philippines, Tajikistan and Palestine.