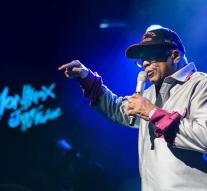 los angeles - The governors of Michael Jackson's legacy must pay producer Quincy Jones $ 9.4 million (8 million). That ruled a court in Los Angeles on Wednesday in a lawsuit that caused the 84-year-old Jackson's success albums and four years ago.

Jones claimed 30 million in the case. Attorneys from Jackson said he was entitled to approximately $ 400,000. The case was about royalties about the music he had made with Michael Jackson.

After Jackson's death in 2009, the administrators of his heritage would have made gross mistakes in paying royalties. Thus, the producer claimed that he had received far too little for his contribution to songs to be heard in the film This Is It.