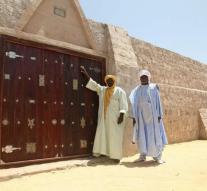 the hague - The Mali jihadist Ahmad al-Faqi al-Mahdi, sentenced by the International Criminal Court ICC, has to pay a damages of 2.7 million euros for the devastation he has made in Timbuktu.

The suspect was sentenced by the same court in September last year to a nine-year imprisonment sentence for the destruction of cultural heritage.

Al-Mahdi was found guilty of the destruction of nine mausoleas and a mosque in 2012 in Timbuktu, a war crime. At that time he was the chief of the Islamic police of the radical Ansar Dine militia. In addition, he actively participated in the destruction of the sanctuaries.

Al-Mahdi was blamed for the charges charged with his case in The Hague.