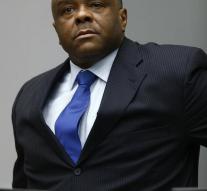 - Former Congolese Vice President Jean-Pierre Bemba's appeal against his conviction by the International Criminal Court (ICC). The sentence of eighteen years' imprisonment is not fair came about, he says.

The ICC was Bemba earlier this year, guilty of crimes against humanity. Militia members would have murdered under his command and raped in the Central African Republic. It was the first time that the ICC rape as a war crime and classing the first time that anyone convicted for crimes of subordinates.

The offenses charged are Bemba are already fourteen years old old. Bemba's Movement for the Liberation of Congo committed in the Central African Republic, where he helped to precipitate a coup.