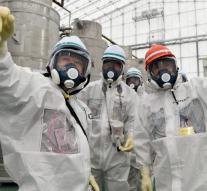 - Despite fear and protests among the population Japan will weather a nuclear reactor in southwestern startup. The governor of Ehime, Tokihiro Nakamura, has already given the green light for 3 reactor of the power plant in Ikata, the Japan Times reported Monday.

The nuclear power plant is located on the island of Shikoku, about 750 kilometers southwest of Tokyo. In July the power plant had already received approval from the nuclear watchdog for a restart. This could now happen next year.

The people in the region fear that they can not get to safety in time in case of a major nuclear accident. The center is located at the foot of a small peninsula.

As a result of the nuclear power plant disaster in Fukushima on March 11, 2011, stood for two years all 48 nuclear reactors in Japan still.