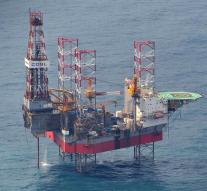 tokyo - Japan has protested to China after the discovery of radar equipment to a Chinese gas drilling platform near disputed waters in the East China Sea.

The radar according to Japan on the platform is of the type which is usually installed on patrol boats. Radar would have little use for the development of gas fields.

Japan fears that China's oil rigs in the disputed waters to use as military posts.


According to a spokesman of the Japanese Foreign Ministry Sunday Japan, the radar detected late June. Tokyo has asked Friday clarification on the Chinese intentions.