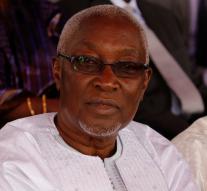 dakar - Omar Jallow this weekend sworn in as Minister of Agriculture of the Gambia. He applied under the previous government as an extremely critical politician and he was thrown less than 22 times in prison by the then President Jammeh.

Yahya Jammeh was 22 years in power. All those years of political opponents were imprisoned and tortured. Jallow was allowed to minister immediately after his inauguration to see the scars of the blows he had received in prison.

Jammeh in December lost the election and refused to resign in the first place. He left lock Adama Barrow, the man he lost the presidential election. Neighboring countries to come to bear in order to step Jammeh.