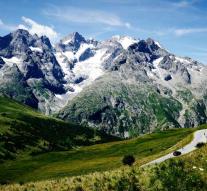 lyon - A 34-year-old Briton was shot dead with his mountain bike during a trip to the French Alps, presumably by a hunter, reports the French police on Sunday. The police assume that there is no intent in the game.

The victim is a restaurant owner who lives in the Haute-Savoie region, not far from where the incident took place.

The Brit was killed by a bullet while riding a forest trail. A 22-year-old man who participated in a group hunt is suspected of firing the bullet. The shooter was hospitalized in shock. He is suspected of involuntary manslaughter. An investigation has been opened into the incident.