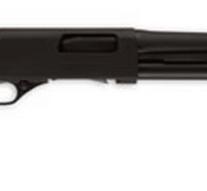 rome - A truck with Dutch license plates, who has been arrested by Italian police in the Italian border town of Trieste, found crammed loaded with war material. The driver was a Turk who wanted to go to Germany, the Netherlands and Belgium.

The final destination was Belgium. The police took more than 800 guns of the type Winchester SXP seized. They were not previously noted by the Turkish truck driver. The rifles were in hundreds of cardboard boxes.

The equipment is confiscated. The driver was arrested and interrogated by the police. Also there with scanners investigated whether any other war material in the truck blocked.

The truck had arrived on November 23 in Trieste. The Italian police decided to investigate further because she cargo, origin and purpose of the trip were suspicious.