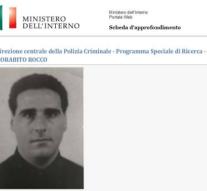 The fifty-year-old Italian was sought internationally, including because of drug smuggling between South America and Milan. He has been convicted for 30 years in the past. Morabito was arrested in a Montevideo hotel and is being delivered.