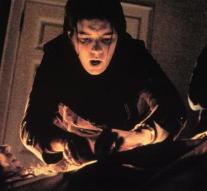 rome - Italian police on Friday arrested a Catholic priest and an army officer allegedly assaulted the pretext of exorcism women. The duo would, according to ANSA news agency have groped among other underage girls.

The army officer was one of the founders of the Society of the Holy Spirit Renewal. He went to the priest to the homes of people to cast out demons and to do ' faith healing '.

The men were not able to keep their hands. The arrested Colonel would have assaulted four women and a girl. The priest is suspected of groping two women and three underage girls, who came to him for help.

When victims protested against the abuse, the colonel would have reportedly said that he ' the lust demon called to rescue you. ' Moreover, the priest would have had no permission from the church to do exorcism, say sources told ANSA.