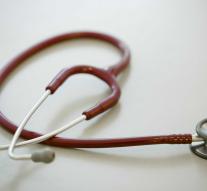 Seventeen unions representing GPs, surgeons, and other healthcare workers, saying that the planned strike on December 16 a protest against a policy which " cut down the only goal is ", while it damages the quality of health care.

The budget for 2016, increasing taxes while striving to keep the budget deficit within the limits of the European Union, the health budget reduced by more than 2 billion euros.