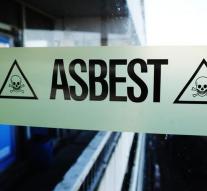 - The Italian business brothers Carlo and Franco De Benedetti on Monday sentenced to five years and two months in prison for the death of twelve workers due to asbestos in their typewritten texts and computer company Olivetti. Former Industry Minister Corrado Passera, which between 2011 and 2013 was CEO at Olivetti, received one year and eleven months.

The victims were working between the sixties and nineties at Olivetti in Ivrea, near Turin. She died later from a form of cancer that is associated with asbestos contamination. According to the court in Milan are the entrepreneurs responsible because they failed to take precautions.

The survivors require more than 5 million euros in damages. Earlier demanded the municipality of Ivrea and the city of Turin 1 million. The family De Benedetti is a major family businesses in Italy. The 81-year-old Carlo De Benedetti owns the daily La Repubblica and weekly magazine Espresso.


The defendants will appeal.