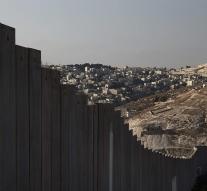 hebron - An Israeli undercover team has shot dead Thursday in a hospital in the West Bank, a Palestinian. The soldiers were in the hospital to maintain a 22-year-old Palestinian, who is suspected of a stabbing in Israel. The victim popped up unexpectedly in the bathroom.

A third person, the brother of the accused, was tied to a bed, as the Israeli army confirmed on Thursday.

The unit came through with twenty to thirty in the hospital in the city of Hebron in. The Israelis did whether it was a pregnant woman who continues pushed in a wheelchair. The 22-year-old suspect was put after his arrest in the wheelchair and taken outside, where two vans were ready.