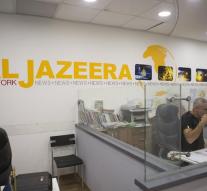 jerusalem - Israel wants to close the Al-Jazeera news center in Jerusalem. In addition, the country is working to withdraw the accreditation of the active journalists and to ban the Israeli broadcasts based in Qatar. Israeli communications minister Ayoub Kara announced the news on Sunday.

Kara accused Al-Jazeera of supporting terrorist organizations. Therefore, the channel is no longer welcome to Israel. According to Kara, the national cable channels support his proposal to remove the Arabic and English channels.

In order to be able to close the offices of the network, new legislation is required first.