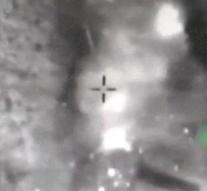 istanbul - The Israeli Air Force has burned again targets of the Syrian army on Sunday. That is what the Israeli newspaper Haaretz reports on sources from the army.

The shells north of the Golan Plains have hit a truck of the Syrian army and two artillery plants. Prior to the attack, as in a day before, projectiles from Syria were occupied by the Golan Highlands of Golan occupied by Israel.

The Syrian army sentenced the attack, reports the newspaper. Israel had already fired installations of the Syrian army a day after landing on the Golan Highlands during fighting between the Syrian government army and Islamist insurgents. According to the Syrian state media, some civilians were killed in this attack.