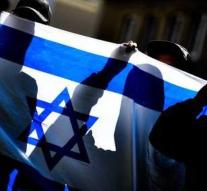 jerusalem - Israel closes its embassy in Paraguay. The country is doing this in protest because Paraguay is relocating its embassy in Israel from Jerusalem to Tel Aviv.

Israeli Prime Minister Benjamin Netanyahu ordered his Ministry of Foreign Affairs to close the diplomatic mission in Asuncion. The department announced that Thursday.

The South American country moved the embassy to Jerusalem under President Horacio Cartes in May. It was after the United States and Guatemala the third country that took the controversial step. The government of the current, new president Mario Abdo Benítez reversed that decision because he thinks it is unwise and undiplomatic.