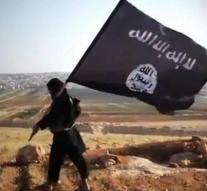 hamburg - The terrorist organization Islamic State said to be responsible for a stabbing on October 16 in Hamburg. On that day was actually a 16-year-old boy in Hamburg by an unknown offender with multiple stab wounds have been killed. A 15-year-old knowledge was pushed into the water by the offender, but was not injured.

Amak press service, the voice of IS, demanded Sunday early responsibility. The perpetrator would have been 'an IS-soldier.'

The message of Amak, which was distributed in Arabic and English, incidentally, was not entirely clear. It has been spoken about a stabbing, but whether it contains deaths dropped in the middle.

Police would not confirm or correct the claims yet. The message of Amak could not be verified yet. The terrorist attacks claiming more through its own press office.