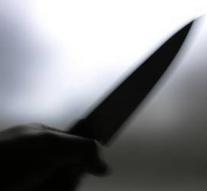 linz - A 54-year-old Tunisian who killed an elderly couple last year in their home in Linz, according to the Austrian Interior Minister Wolfgang Sobotka, suspected of being out of Islamist motives.

The man cut the throat's 85-year-old woman and brought her 87-year-old husband with strokes and knife sticks for life. Then he founded fire in the flat.

The suspect, who lived in Austria for 28 years, reported himself to the police. He knew the couple because he regularly delivered groceries to them at home and thought they sympathized with the right party FPÖ. 'He said he had committed and hated the murders of political motives for the FPÖ,' said a police spokeswoman.

Minister Sobotka said to the public broadcaster ÖRF that research from the man's home and his social media activities had emerged that he was radicalized. 'Therefore, I speak of a murder case with an Islamic background. '

Upper Austria police chief Andreas Pilsl said to the broadcaster that there is no proof that the man was helped by others or was part of a network. He said intelligence services held the man in anonymous tips in 2015, but then 'nothing was found to be radicalization. '