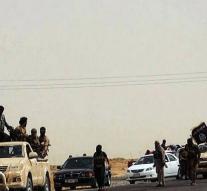 - Terror Islamic State Movement (IS) threatens attacks in Russia. In a video announcing that " very soon " attacks are done in Russia. That made the American organization SITE known following terrorist activities.

Media assets of IS spread the video which is sung in Russian. The text reads " Fast, blood will flow very quickly as an ocean ". IS has previously attacks against Russia and the US threatened because of the air strikes and bombardments performing both countries on the submissions of IS in Syria.