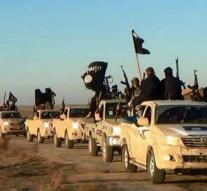 london - Terrorist Movement Islamic State has forbidden its fighters to still use social media. The organization fears intelligence services through the posts to find positions of their fighters.

British media reported Thursday that the ban was issued on 14 May in Arabic and English. It means that the use of social networks involves 'a big danger'. The websites would be 'invented by the enemies of Allah' and watched by them day by night.

There have been cases of IS warriors who released positions through messages on social media. For example, in June 2015, a warrior published a selfie complete with geographic coordinates. The US intelligence service came behind and the statement was destroyed.