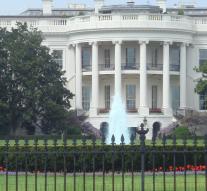 - Islamic State (IS) in a new video threatening the US White House with suicide attacks and car bombs. In the six-minute video is also rejoiced over the attacks in Paris, according to the American organization SITE, which tracks terrorists.

The video comes a day after being threatened in another shooting attacks in New York. Director James Comey FBI said Thursday that he has no knowledge of an " credible threat " an attack like in Paris in the United States.