Home / World / IS neighbors worried about influence in Afghanistan 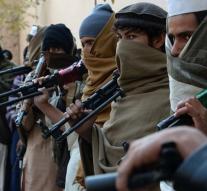 moscow - Russia, China and Pakistan have warned Tuesday the growing influence of Islamic State of Afghanistan. In addition, the countries say that the security situation is worsening in the country where the government in a war is involved with extremist groups like the Taliban and al Qaeda.

Representatives of the three countries met for talks in Moscow. They have agreed to join the Afghan government for future consultations, reports the Russian Foreign Ministry. 'The three countries share their concerns about the growing activity of extremist groups in the country, including the Afghan branch of IS' said a Russian spokesman afterwards.

Moreover, the Russian Ministry announced that the country will get some people from the black list of sanctions make for a peaceful dialogue between the government in Kabul and the Taliban as possible.