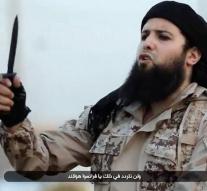 brussels - Rachid Kassim, a notorious French jihadist and IS-boss, has from Iraq, photos and full names of Belgian soldiers dispersed with an indication:. ' An assignment for my brothers in Belgium \'This seems a clear call to terror against the soldiers. the southern neighbors take the threat very seriously.

On Wednesday it became known that the photographs were placed on Monday. This was deliberately withheld to regulate the protection of the soldiers.

Kassim wants sympathizers in Europe inciting terror. He is also associated with the attacks in Nice, where a terrorist with a truck crashed into a crowd and that 86 people died.

Military and security services are extra alarmed precisely because Rashid Kassim is the messenger. He placed next to the photos and names also residences of the soldiers messaging Telegram.